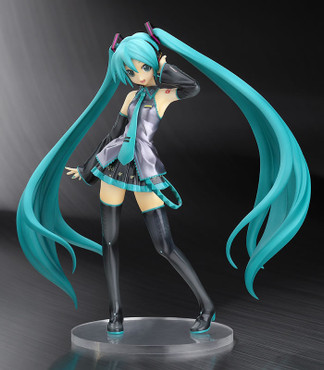 The virtual singing sensation is back for another run!

This 1/8 scale figure of Miku Hatsune was first released in September, but due to it's overwhelming popularity, a re-release has already been announced for October! From VOCALOID2's popular "Character Vocal Series 01" comes a realistic PVC figure of the mascot character Miku Hatsune. This particular pose was based off an original illustration by the character's original designer, KEI. Special care has been taken in preserving every enchanting detail, from her trademark twintails fluttering around her, to the hand on her headset, everything comes together and makes her seem ready to burst into song at any moment. She's jumped out of the virtual world and into this cute figure, so be sure to take one home with you. 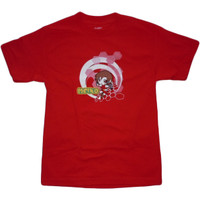