The Hero of Winds in his classic green outfit! From the popular action adventure Zelda series' newest addition, 'The Legend of Zelda: Skyward Sword' comes a figma of the main character of the series, Link! Using the smooth yet poseable joints of figma, you can act out a variety of different scenes. A flexible plastic is used for important areas, allowing proportions to be kept without compromising posability. He comes with his standard gallant expression, as well as a powerful shouting face for combat poses. The Master Sword as well as the Hylian Shield are both included. They can also be carried on his back as they did in the game. A poseable figma stand is included, which allows various poses to be taken.

The Legend of Zelda Breath of the Wild Link Nendoroid Action Figure $45.99

The Legend of Zelda Breath of the Wild Link Nendoroid Action Figure
$45.99

The Legend of Zelda Breath of the Wild Link Men's Triblend T-Shirt
$14.99 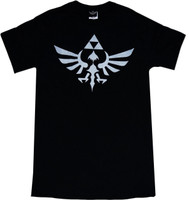 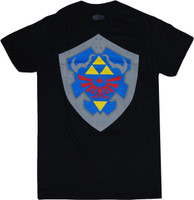